Beach Camping with the Kids

We took our kids for an overnight camping trip at the beach last weekend. The weather was idyllic, with highs in the low 80s, and lows in the low 60s, with abundant sunshine.

We set up camp at Brunswick Beaches Camping Resort, a campground we visited about a year ago and enjoyed. We like that the campground had a pool and nice showers and bathrooms - important features when camping with kids :)

We arrived Saturday afternoon, set up our tent (a 12 person monster of a tent), and changed to head to Ocean Isle Beach for a few hours. The beach was lovely, with the very very noticeable exception of the flies. It was horrible! Swarming, biting flies were EVERYWHERE, making it impossible to sit and relax on the beach or play in the sand - the only (minimal) relief was found in the water. The waves were decent, and the bigger kids had a blast boogie-boarding, but the younger ones wanted to play in the sand. The flies were ultimately the reason we left the beach after a short amount of time - there was no way to keep them from biting. Our plans of spending the weekend at the beach had to change!

We returned to the campground to swim and shower before a traditional dinner over the campfire (hot dogs, baked beans, corn on the cob, and s'mores). One of our tent-site neighbors was a gentleman who was riding his bicycle from PA to SC to visit his daughter and celebrate his 60th birthday. It's always neat to meet new people while camping and share stories!

Sunday we woke up and couldn't get the fire going enough to cook the pancakes and bacon for breakfast, so we broke down camp and headed to The Purple Onion Cafe in Shallotte for a late breakfast. From there, we drove up to the NC Aquarium at Fort Fisher to spend a few hours before heading home. We've used our Greensboro Science Center membership in the past for free reciprocal admission to the aquariums; however, since the sciquarium opened here in Greensboro, it has changed the reciprocal admission policies! With the Science Center Membership we would have been able to get 2 adults and 2 kids into the aquarium for half price. With the NC Zoo membership, however, we were all able to visit the aquarium for FREE!

It was a quick overnight trip to the beach, but the kids had a blast and it was nice to get some ocean therapy in before the weather really cools off.
No comments:
Email ThisBlogThis!Share to TwitterShare to FacebookShare to Pinterest

This bouquet of long stem mixed roses will be the perfect way to send your love for any of life's special occasions! A dozen of our finest 16-inch assorted roses are brought together to form a rainbow of color that creates a gorgeous way to express your sweetest sentiments and appreciation, making it the perfect gift for a birthday, anniversary, to say congratulations or to send your get well wishes. 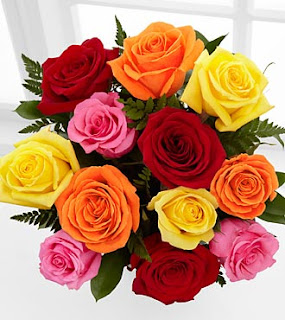 
*Closes to entries 9/10/13 at 11:59 pm. Delivery date will be determined between GSOFamilies and the winner. Photo above is not indicative of actual bouquet to be delivered. Thanks for entering and supporting GSOFamilies!
2 comments:
Email ThisBlogThis!Share to TwitterShare to FacebookShare to Pinterest

I received this message today, and wanted to share with all of the GSOFamilies members! What a neat opportunity!


Hello,
I work in the Music Department at UNCGreensboro, and will be starting the second iteration of a class titled Ukulele for Two (Thursday, September 12). Classes are designed for children ages 9, 10, and 11, and one parent/guardian. Classes will meet on Thursdays from 6:30 - 7:30 PM in the Music Building at UNCG.
Attached to this email (linked here: https://docs.google.com/file/d/0B_0pnZ1qQ18FRWdyUHFfZk9iam8/edit?usp=sharing) is a document that includes the date schedule and materials required for the class. Other than purchasing your own instruments, tuners, and books, there are no costs for participating in the class. The only cost we foresee is parking in the deck at the music building, and the unlikely need for a replacement string (usually Low G - $2.50 per string).
Please let me know if you remain interested in participating in participating in Ukulele for Two. And please feel free to let others know about the class.